Today, I visited the Soules Chapel Cemetery in Somerset, Kentucky. Told by many, this cemetery is haunted. As I walked through the cemetery snapping photographs I felt sad. Afraid, I was not. Captivated by the stories, I was. There were tombstone’s pushed over and broken, sink holes throughout the gravesite and tall grass that covered the entire cemetery. No erie feelings, no ghostly shadows, nothing but an overwhelming feeling of sadness that someone could come in there and destroy such a sacred area of rest. The stories behind this are many, but few are different as you can follow the links for more information.  Here is one story with some information.

Somerset Kentucky is one of those places that you very seldom think would have a dark side to it. Of course all the residents of the area try to dissuade visitors from thinking negative thoughts thinking it will hurt the booming tourism trade that helps bring the town to life. But there is a dark secret, one especially darker than most places. Soule’s Chapel lies waiting for the adventurous to come in and visit to see if they can withstand the feeling of evil and its ghosts that live there. 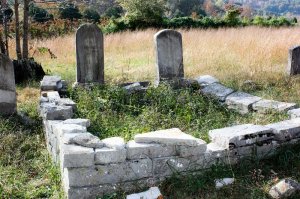 Soule’s Chapel itself was a historic landmark. The chapel itself was the second oldest Methodist church in Somerset and had one of the oldest cemeteries. It stopped being used for services sometime around the 1930’s, caught fire and was saved in the late 70’s and was finally burned down by two high-schoolers around 2005. This is all the known history but sometimes people get carried away and soon you can’t tell the real history from the made up.

Facts attributed to the chapel include it being a civil war hospital due to the fact Somerset was taken over multiple times (unfortunately I must disprove this one myself well, at least the Somerset take over part, only one real battle, The Battle of Mill Springs, was ever fought near Somerset and did not remotely lead to a takeover). This story also reports that the Chapel floor was soaked in blood which forms the basis of the next part of our story.

Enter the unknown Reverend, little is known of the actual man or church to this day but we can make an estimate as to him being there just before the turn of the century and when the church went unused. This is the man the most people refer to when telling this ghastly tale of woe. This was no ordinary Reverend and how he ended up in the rural little town of Somerset can be clearly seen. Satanists aren’t really welcome most places. 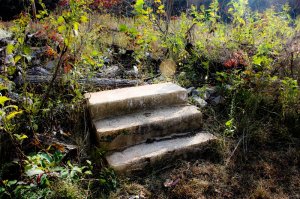 From the start he tried to slowly turn his flock. It started simple enough with a few rituals here and there. Pentagrams drawn on the floor to evoke demons (please note the tale makes not differentials between the

occults and satanists and I am not trying to say they are one and the same). Slowly these were left on the floor during services as the more heinous acts were followed. Small animals would turn up for sacrifices in the nightly rituals of the church. Then nearby farm animals went missing. Soon actual human sacrifices were reportedly made.

As all this was going on the city of Somerset began to grow suspicious of the new Reverend. Eventually word leaked out, whether by one of his followers or by some other means no one to this day knows. But what is known is soon a mob was formed marched out to the church and hung the Reverend in the building from the roof beams.

Even if this story is not true the below is. Almost every ghost hunter and would be satanist have heard of this site in the tri-county area and more from very much farther away. The rituals and ghost hunting practices that go on there keep the place red hot with paranormal activity. Whether the above tale is true I cannot say. I’m just repeating the legend that I have heard from the many who have visited.